Saul completely committed his life to the God of Israel. He eradicated those who he believed threatened his God and completely kept the Levitical Law. There’s no doubt of His devotion. He wrote about this devotion in the book of Philippians: “circumcised the eighth day, of the stock of Israel, of the tribe of Benjamin, an Hebrew of the Hebrews; as touching the law, a Pharisee; concerning zeal, persecuting the church; touching the righteousness which is in the law, blameless” (Philippians 3:5–6). Saul seriously wasn’t messing around when it came to his devotion to the God of Israel.

The amazing thing about the road to Damascus for Saul, wasn’t that he saw God (which would have been pretty amazing), but rather saw that he saw his God, and it was Jesus. In this moment, everything Saul thought he knew about God had been completely stripped away. He had his own version of the God of Abraham and Isaac, but on the road to Damascus, he was faced with the fact that the God of Israel was Jesus.

When I come to my Damascus Road, I see Jesus. Jesus—despised, rejected, sorrowful, and acquainted with grief, un-esteemed, stricken, smitten of God, afflicted, oppressed, and silent. Christ bore my griefs and carried my sorrows. He was wounded for my transgressions, He was bruised for my iniquities: the chastisement of my peace was upon Him; and with His stripes I am healed. Jesus who made His soul an offering for my sin. He poured out His soul unto death for me: and for me, He was numbered with the transgressors; and He bore my sin on the cross, and made intercession for me.

The Damascus Road doesn’t reveal a new God to me, but it eliminates who I believe Him to be and shows me, Christ. Jesus is so backwards from what I believe God should be. How can God, with all of His power and vastness, act, love, and serve in the manner in which Christ did, let alone love me incomprehensibly and die to save me. I’m glad I don’t live in a world with my idea of who God should be—because I can’t imagine a world without the Christ in Isaiah 53.

When I come to this road, I can’t help but want to know Christ more. Paul was no different, and wrote of this in Philippians 3:7–10 : “But what things were gain to me, those I counted loss for Christ. Yea doubtless, and I count all things but loss for the excellency of the knowledge of Christ Jesus my Lord: for whom I have suffered the loss of all things, and do count them but dung, that I may win Christ,  and be found in him, not having mine own righteousness, which is of the law, but that which is through the faith of Christ, the righteousness which is of God by faith: that I may know him, and the power of his resurrection, and the fellowship of his sufferings, being made conformable unto his death;”

When we come to our Damacus Road, we will no longer want our idea of God, but rather, we’ll want to know Christ a whole lot more. 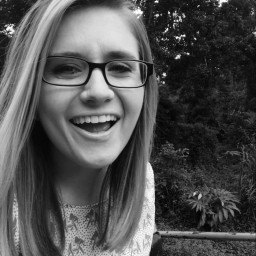